Best times to visit :
May for woodland flowers and spring ephemerals
Late May to early June for Showy Lady slippers
June to July for bog flowers
July to September for prairie flowers

This is the oldest public wildflower garden in the US. In 1907, Eloise Butler and three other botany teachers in Minneapolis asked that a small portion of the then Glenwood Park, now Theodore Wirth Park, be set aside as a “wild” garden. They saw such a garden as a botany laboratory and, farsightedly, hoped its establishment would help protect species native to Minnesota. A 13 acre site surrounding a tamarack bog was selected and preserved with an initial budget of $200. The garden has 2/3 mile of somewhat hilly wood chipped pathways that take visitors not only down to the low, boggy area, but through dappled, ferny woodlands and, also, up into a third habitat featuring upland and prairie plant species. The over 500 different herbaceous and woody plants contained in these three habitats are those initially found on the site augmented by other native species gathered by Butler from the surrounding metropolitan area. Identifying signage on plants with both common and Latin names, is quite plentiful. There are leaflets at the front gate with plant and bird checklists. Naturalist tours and programs are offered on weekends. There is a library of over 200 books for in-house, reference use only.
Further written information is available in The Wild Gardener: the Life and Selected Writings of Eloise Butler by Martha E. Hellander, North Star Press of St. Cloud, Inc. 1992. St. Cloud, Minnesota.

Nearby is another interesting site, a hidden, five acre quaking tamarack bog. Access to the bog is on the west side of Theodore Wirth Parkway, a little south of Eloise Butler Wildflower Garden. A short hike brings visitors to a floating poly-boardwalk that lets one literally walk on water through close to 200 mature tamaracks that grow in this sphagnum moss filled depression. This bog is the only example of this rare and delicate eco-system in the Minneapolis/St. Paul metropolitan area. 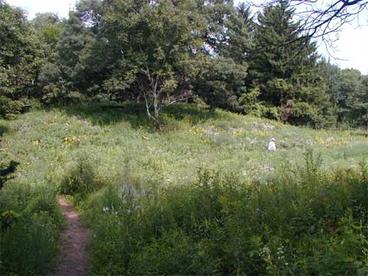 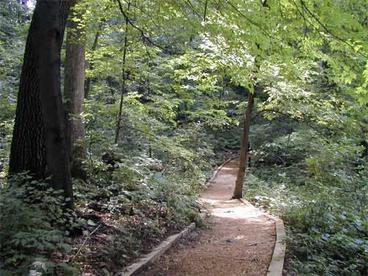 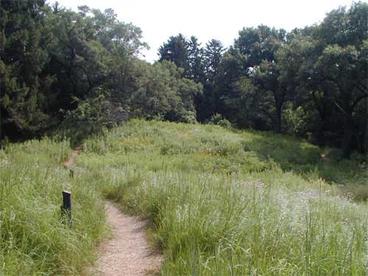