Spring for daffodils
Summer to fall for the remainder of gardens

Enger Tower Park was dedicated June 15, 1939 by Crown Prince Olav and Crown Princess Martha of Norway. The land was left to the city by Bert Enger, a successful businessman in Duluth and native Norwegian. Enger Park has several distinct garden areas within its grounds. The lovely gardens within this park prove how varied and beautiful gardens can be, even in this daunting northern part of Minnesota. The park is located on the summit of the range of stony bluffs that flank the city of Duluth. The different garden areas include a hill planted in dwarf conifers growing amongst fabulous rock out-croppings, a Japanese garden including a pavilion and a peace bell from Duluth’s sister city in Japan, Oh Ara, a white birch and poplar grove that is full of 4,000 daffodils in spring, a hosta-rich shade garden under some of the plentiful mature trees and a pleasing combination of over 200 perennials alongside stair steps that lead to a viewing pavilion that overlooks the city of Duluth and Lake Superior. The paths that wind through the parks changing topography are sometimes gravel, sometimes wood chipped and sometimes asphalt. The whole park has a relaxed and family-friendly atmosphere. 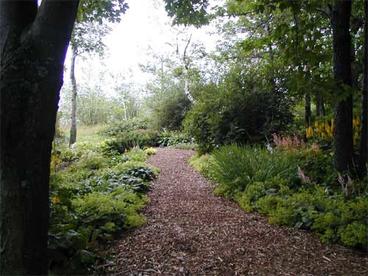 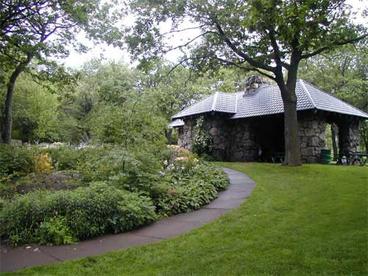 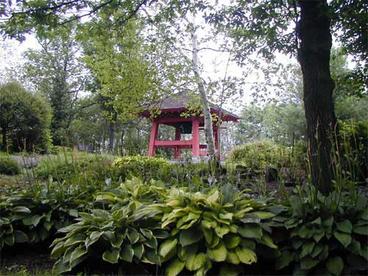 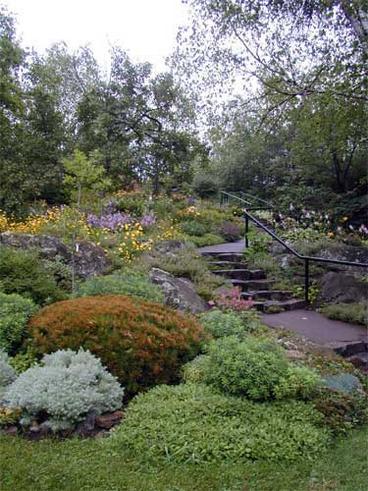