The Bakken – a library and museum of electricity in life

This garden is a modern interpretation of a physic garden. Physic gardens were historically planned and planted to grow medicinal plants. They were early living, growing pharmacies and existed in medieval Europe. They were usually connected to monasteries or medical schools. This physic garden is connected to a museum exploring the history of electricity, including its medical uses. There was a pre-existing perennial garden attached to the lovely, formerly private residence that houses the museum. It was decided to retrofit this garden into a physic garden. Medicinal plants were added to, or sometimes entirely replaced existing traditional perennial plants. But medicinal plants in this garden are used as ornamentals. They appear in drifts rather than rows. For this reason, the garden is much less rigid and geometric than might be expected. It resembles more the style of an English cottage garden. The garden does include a formal, geometric pool and an arbor. There is minimal plant signage. The other portions of the museum grounds have traditional perennial beds (near the parking area), an award winning reclaimed marsh area (near Lake Calhoun) and many unusual tree specimens planted by former owners of the property. 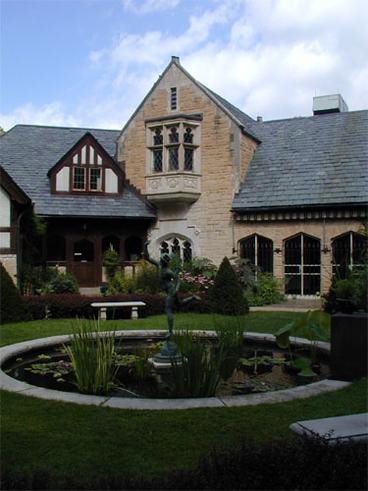