Behind Watson hall at Carleton College

This very small garden was instigated by Dr. Bardwell Smith, professor of Asian Studies at Carleton College, after his first trip to Japan in 1965. It was designed by landscape architect David Slawson, from Cleveland, Ohio. He had studied for two years with one of Japan’s premier designers, Kinsaku Nakane. It was designed and built between 1974 and 1976 by Slawson for $15,000, funded by foundation grants and private individuals. The garden was named after it had been used by people and in reaction to their attitude towards the garden. It is a “kare-sansui” or dry landscape garden, where water is only suggested by rocks and gravel. The garden contains many classic conventions including stone lanterns, a water basin with bamboo drip and a viewing pavilion. There are fine details in paving and fencing materials. The larger rocks and stones used, were all hand-collected by the designer from within a 100-mile radius of Northfield. The plant materials are mostly evergreens with the addition of pagoda dogwood, redbud, wegilia and spirea. Herbaceous plants include iris, vinca, hosta, sedum and pachysandra. The designer cleverly used the existing ancient arborvitae alcove as the garden’s backdrop. Though it is very compact, the garden was deemed “one of the ten best Japanese gardens outside Japan” by a group that examined over 300 Japanese gardens in North America, Europe and Australia.

Nearby, adjacent to Carleton’s campus is the Cowling Arboretum. This preserve is 880 acres of land set aside in the 1920s. There is an upland forest area with ample trails and a less accessible, low-lying portion which is in the floodplain of the Cannon River. 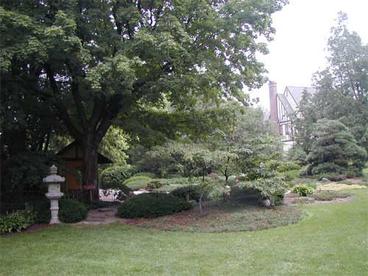 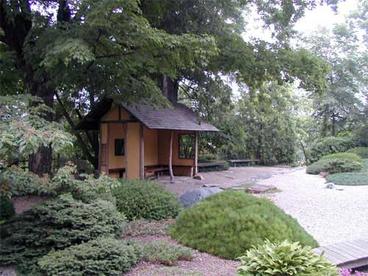 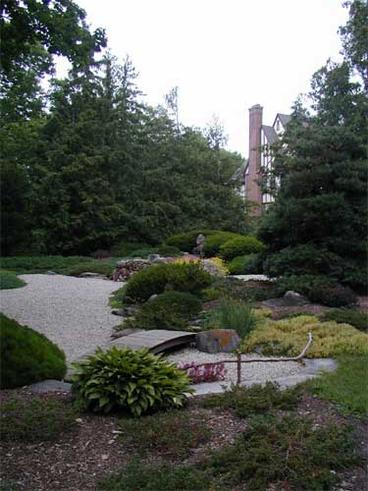