This large cemetery was established only four years after Minneapolis was incorporated. The city’s population was then 13,000 and Franklin Avenue was Minneapolis’ southern most edge. Lakewood was then truly a “rural” cemetery, but was laid out and patterned after previous “garden” cemeteries. It’s co-designers were Adolph Stauch, designer of Cincinnati’s Spring Hill Cemetery and C.W. Falsom, superintendent of Boston’s Mt. Auburn Cemetery, America’s first and most famous rural/garden cemetery. Though Lakewood’s site was wooded, more unusual trees and shrub species from the world over were also planted. At one time, the grounds were used by University of Minnesota Forestry students for tree identification field trips. As time passed, people no longer had to come to the cemetery by horse and buggy on dirt roads because by 1895 Lakewood had its own streetcar stop on its western edge. As was the trend of the times, people not only came to visit the departed, but to use the rolling terrain of the cemetery for strolling and picnicking. During its pleasure-ground heyday, Lakewood had six greenhouses, each larger than a football field and floral plantings were extensive, perhaps grander than most true public parks. Lakewood still plants more than 95,000 flowers each year. There are some garden-like areas and a small lake within the cemetery.

Note: Inside the cemetery’s chapel is the best example of Byzantine mosaics in all of the United States. 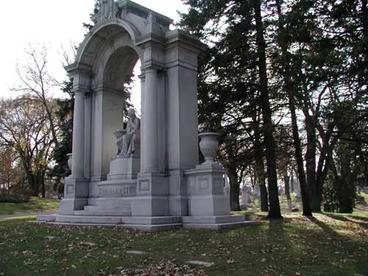 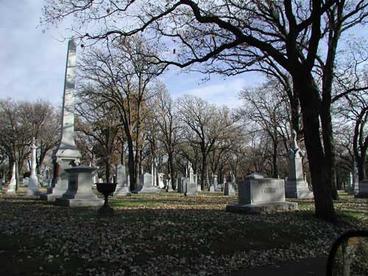