Part of the 61 acre Lyndale Park

This garden was originally designed as a testing area for annuals and perennials that might survive Minnesota’s climate. In 1929, over 350 tons of Oneota dolomite were moved by train from Diamond Bluff, Wisconsin (near Redwing, Minnesota) to Minneapolis. This sedimentary rock, riddled with holes and creases is about 500 million years old. In 1983, a re-design of the rock garden began with an effort to re-create the bluff landscape from which the stones originated. Dwarf conifers create the backbone of the plantings with many examples of hardy, alpine plants adding color and texture.

At the lower end of the garden, is the Peace Garden. Within this Asian-influenced area are two peace stones from Nagasaki and Hiroshima, a peace pole dedicated to peace between nations, and a Japanese yatsu-hashi crooked path bridge. Paths are both paved and gravel. 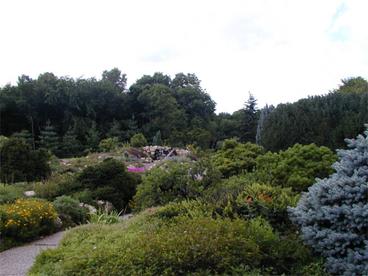 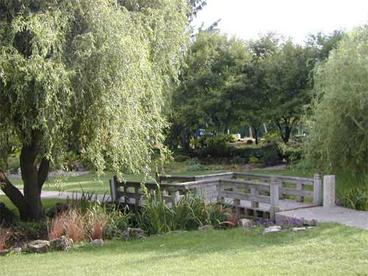 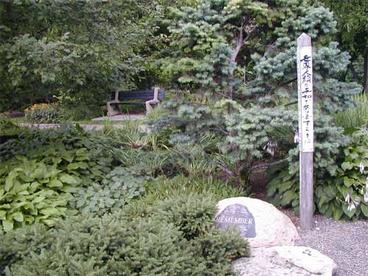