Year-round
Most theraputic in winter (when needing a tropical retreat)

This is one of the few remaining glass-domed Victorian-style gardens in the U.S. Its construction, finished in 1915, was a decades-long dream of Frederick Nussbaumer, the Como Park gardener who became St. Paul Park Superintendent in 1890. He had worked as a young man at London’s Kew Gardens and remembered well its enormous glass palm house. His determination to build a similar structure at Como Park finally lead to its funding through a city bond issue. Once this “folly” was complete, it became a popular success. People loved its 64-1/2 foot tall central domed palm house and the two 26×100 foot wings that flanked it. One of these wings holds the sunken garden, which hosts colorful seasonal flower displays. This wing, for much of its existence, has been used for marriage ceremonies. Around 275 weddings take place there each year. The north wing is home to plants that are useful to man for foodstuffs or medicines. The fourth longstanding section of the Conservatory is the fern room with its cooler, moister atmosphere. Within three years of its opening, the Conservatory had some 77,500 plants and some of the originals still survive. It now maintains over 260 major varieties of plants from six different continents. Many of the plants are labeled. In 1974, the structure was placed on the National Registry of Historic Places. In 1983, refurbishing began and much of the original sparkle of this “jewel in the crown” of Como Park returned. Other, newer displays have been added. In 1996, both a gift shop and a bonsai tree collection found space in the Conservatory. Five yearly seasonal flower shows occur in the sunken garden. Classes and concerts are also hosted within the conservatory. 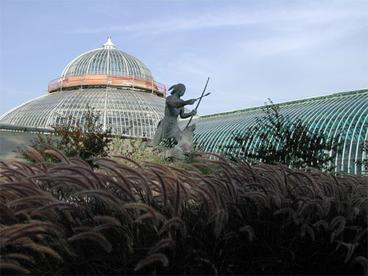 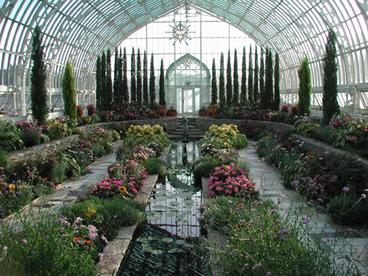 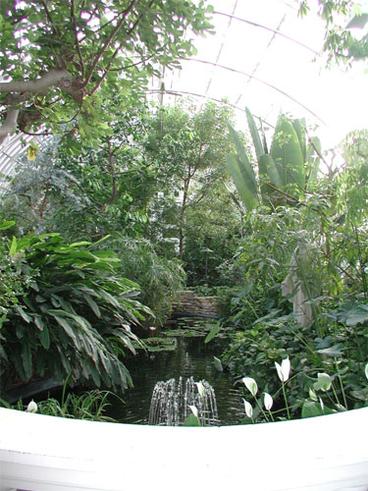 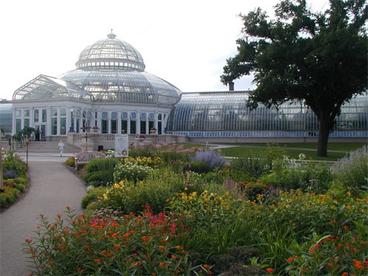