North of the Walker Art Center

This garden is an outdoor annex to the Walker Art Center that has been built in two stages. The original 7.5 acres were designed by the architect of the museum, Edward Larrabee Barnes and opened in 1988. This portion’s formal layout reflects the cubist nature of the Walker Art building. Four roofless outdoor rooms, with walls of arborvitae, were created to house outdoor sculptures. On the far side of these rooms was placed the garden’s most famous sculpture – Spoonbridge and Cherry. The second stage of construction, 3.5 acres added in 1992, was designed by the architectural firm of Michael Van Valkenburgh, Inc. and extends the garden’s more open area.

Formally planted lines of trees break free from regular spacing by the far end of the garden, where one encounters the 200 foot long Alene Grossman Memorial Arbor and Flower Garden. This modern stainless steel structure supports and anchors beautiful plantings of artfully combined and repeated groupings of unusual perennials and flowering vines. There is some plant signage.

The total of 11 acres houses more than 40 works of art, some permanent and some temporary installations. It is the largest urban sculpture garden in the U.S. On the west edge of the garden is the Sage and John Cowles Conservatory, a modern, angular glasshouse that contains a giant glass fish sculpture by Frank Gehry. It also houses palm trees, clever “house” pass-throughs covered in creeping fig and striking seasonal displays of colorful plants. Maps, brochures and tours of the Sculpture Garden are available. An interesting horticulture/historic sidelight is a former usage of the acreage. In 1913, for a convention of the Society of American Florists and Ornamental Horticulture held in Minneapolis’ old armory, Theodore Wirth designed some temporary display gardens to show what could be grown in Minnesota’s wintry climate. They were such a success that they were kept in place for decades as demonstration gardens. They finally became casualties of land reconfiguration due to freeway construction.

Further written information on the garden is available in the book Minneapolis Sculpture Garden published by the Walker Art Center. 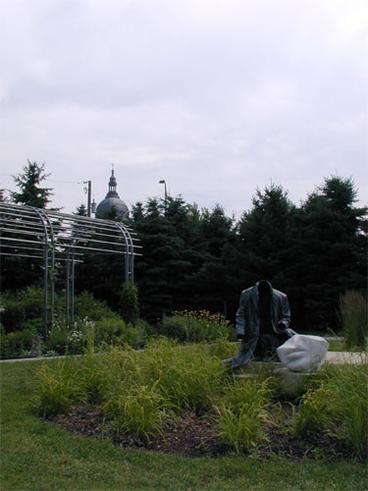 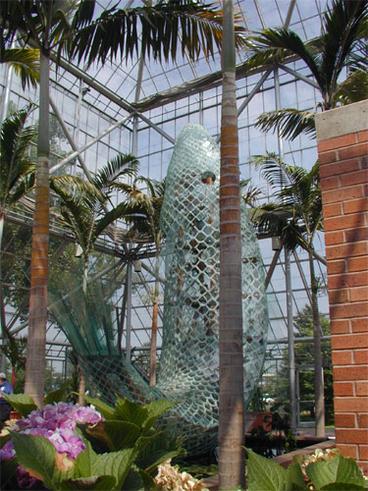 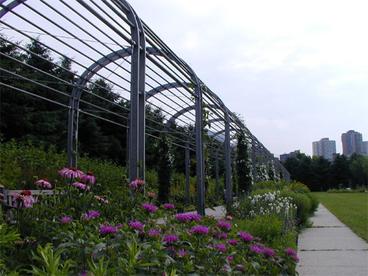 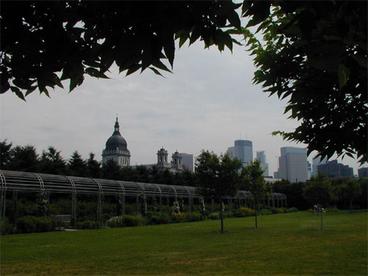