The University of Minnesota

Spring to fall, but open year-round

The Minnesota Landscape Arboretum is the largest, most diverse and complete horticultural site in Minnesota with an almost 100 year history. The earliest established portion of the Arboretum, the Horticultural Research Center, begun in 1907, has developed many cold hardy crops including the Honeycrisp apple and ornamentals like the Northern Lights series of azaleas. The Arboretum itself began in 1958 with an initial 160 acres. It is approaching its goal of encompassing 1200 acres which would protect its entire watershed. The Arboretum’s grounds hold many specific collections of plants including iris, hostas, wildflowers, dahlias, clematis, ornamental grasses, and cultivated and hardy shrub roses. There are many special focus areas such as the home demonstration gardens, perennial and annual gardens, a rock garden and a Japanese garden all located near the Snyder Building and parking lots. Attached to the Snyder Building is a glasshouse conservatory containing plants not hardy in Minnesota’s climate. A public non-lending horticultural library is also in the Snyder Building. On the grounds are examples of restored prairie and wetlands. There is also a sensory garden for therapeutic horticulture. The Arboretum is the ideal place to compare and contrast various woody species when developing a garden or landscape plan. The Arboretum hosts special seasonal events including maple sugaring. There is a three mile drive through the Arboretum that takes visitors past many of the collections. There is a guided tour that follows this route as well. 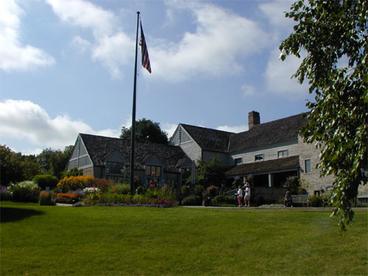 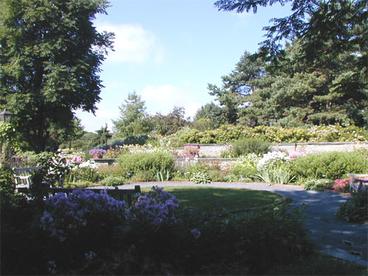 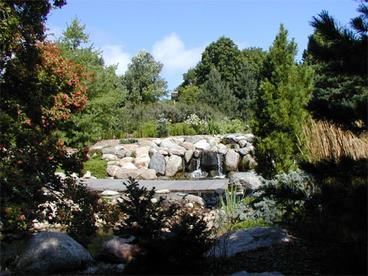 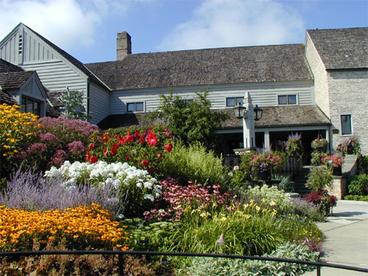