Between Michigan Ave. S.E. and
10th Street S.E. on Riverside Drive, along the Mississippi River

No admission fee
Fees charged for guided tours, which can be arranged in advance for groups

This is St. Cloud’s historic public garden. The site of the garden along the Mississippi River, was originally home to a sawmill. By 1915, the land had been acquired by the city of St. Cloud as a neighborhood park. A remnant of this early era, when the park was known as Riverside Park, remains on the site. It is the park’s charming rustic cabin, now slated to be an interpretive center. It was originally used to house tourists staying in the park. In 1949 the park’s name changed to Munsinger Park to honor the first superintendent of the parks in St. Cloud. Improvements to the garden were made in the late 1930’s by WPA workers. They built the garden’s first greenhouse (now gone), the rock-lined paths, the lily pond and the rock fountain. The modern replacement greenhouses still do propagating (some 100,000 plants each year) to fill the large flower beds that are found throughout the park. There are appealing places to sit and stroll all along the river’s edge. The wandering paths take you from selected sunny areas to the extensive shade gardens under groves of mature pines. 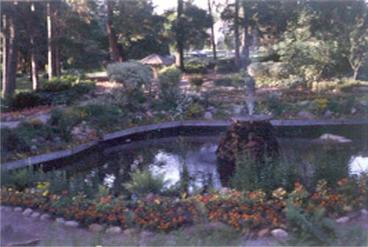 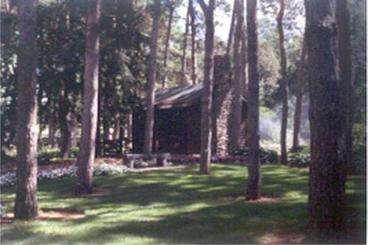 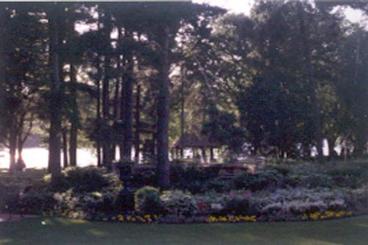 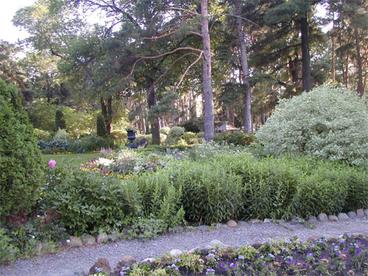