This Japanese strolling garden was instigated by the Bloomington Affiliated Garden Clubs in 1964 when the college campus was still being developed. The garden clubs raised the $75,000 to build the garden while the college donated its two acres of land, including a portion of the Green Heron pond that is on school property and lends considerable “borrowed” landscape to the garden.
Much was donated to the garden (sand, fill, plants, structures) as were the design services of Takao Watanabe, who was the landscape architect for the Tokyo Metropolitan Government. The garden is over-flowing with Japanese garden elements; a gated entrance, multiple bridges, stone lanterns, shelters, symbolic islands, rocks, streams and waterfalls. Plant materials, though mostly not those used in Japan due to climate differences, reflect the reserved use of flowering plants that is traditional in Japan. Variations in tones and textures of green predominate and woody plant materials are trimmed or pruned to specific aesthetic goals. Paths are tarred. 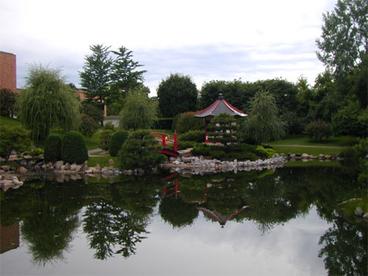 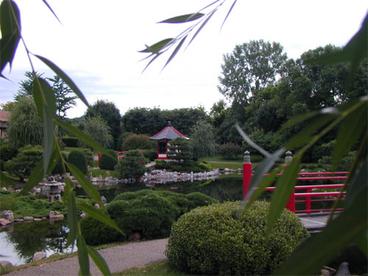 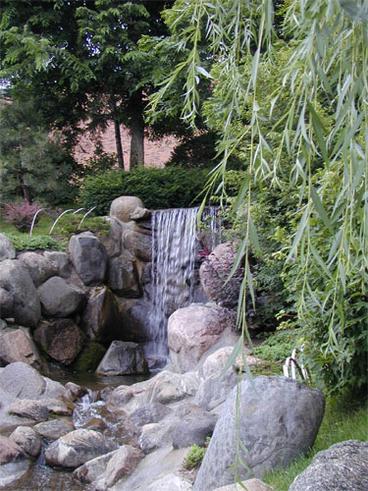 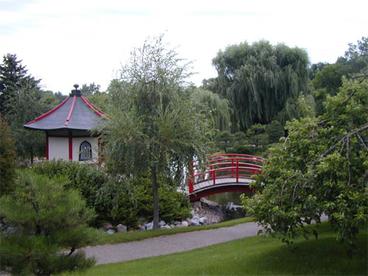