Midway Parkway and Kaufman Drive (north of the Conservatory, in Como Park)

This garden was constructed as a memorial to Charlotte Ordway by her children after five years of planning. The design, created by the Japanese designer, Matsami Matsuda, ninth generation in a line of Japanese garden designers, was begun in 1979. He designed a Sanui-style garden, denoting a mountain and water landscape. There is a large pond at the center of the garden, which can be crossed using several bridges. There is a symbolic “tortoise” island in the pond which is home to trained and trimmed pine trees. A waterfall spills into the pond and is considered the heart of the garden. Besides requisite rocks, vegetation and water, this garden also contains beautiful, carved stone lanterns, bamboo fences, gates and edgings and an elegant tea house, at which traditional tea ceremonies are performed. Varying textures and shades of green with occasional blossoming plants typify the vegetation found in Japanese gardens. Visitors are offered tranquility and opportunity for meditation. 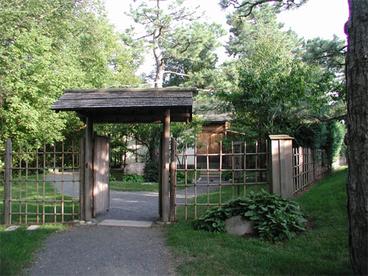 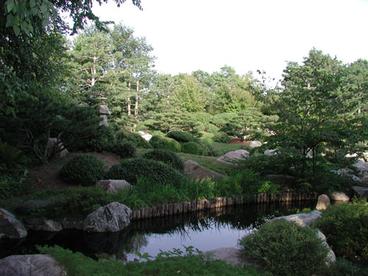 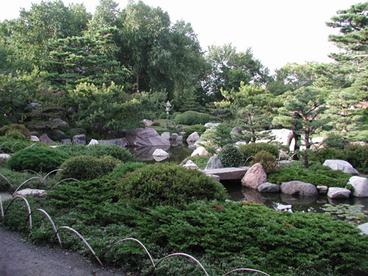