Plummer House of the Arts Gardens

No admission fee for gardens
Fee for house tours

The Plummer House Gardens are lovely, quiet, multilevel gardens surrounding a large and elegant home on a bluff. In 1917, Dr. Henry S. Plummer and his wife Daisy (a Mayo relative), began building this residence they called Quarry Hill. Dr. Plummer designed the house and included many innovations – an underground sprinkler system, dumb waiters, a security system, intercom, garage door openers and the first gas furnace in Rochester. The five-story, 300-foot long Tudor style house has 49 rooms and five fireplaces. The roof is slate and 25% of the stone used to build the exterior was excavated on site. The house was completed in 1924. In 1935, Dr. Plummer died having worked for the Mayo Clinic since 1901. His widow gave the house to the Rochester Art Center in 1969 and, in 1972, the house and grounds were turned over to Rochester’s Park and Recreation Department. The immediate 11 acres surrounding the house are beautifully landscaped and maintained. There is a lower garden level with an expanse of lawn, with pools and fountains at each end. This lower lawn area is ringed with unusual, mature trees (hornbeam, hemlock and magnolia) and deep perennial beds under these trees further enhance the garden space. The walkway to the lower garden and the gardens directly behind the house, contain hole-filled rocks planted with hostas and perennials. There are also remnants of old cold-frames planted with perennials, near the picturesque water tower. Past the house on an upper lawn are beautiful stands of mature white pines, junipers, yews and red cedar. There is some plant signage. 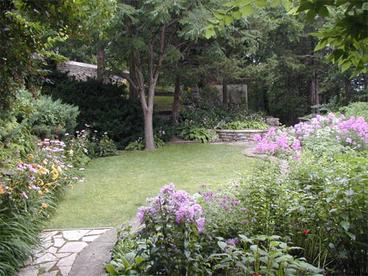 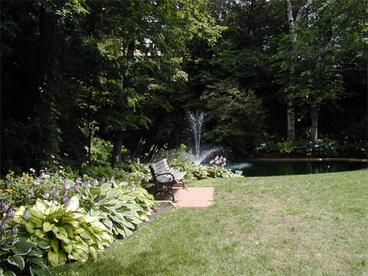 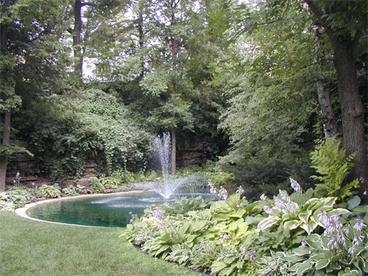 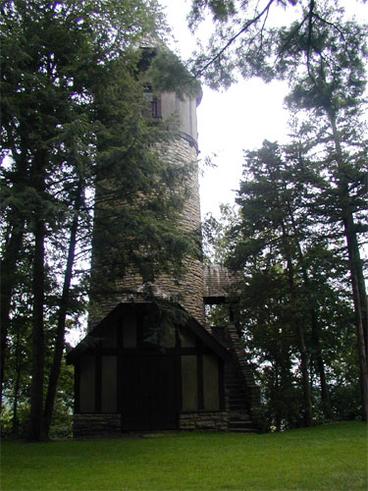