These are historic gardens surrounding the ten room, brick and stone home of New Ulm brewer August Schell built in 1885. The Schell’s, immigrants from the Black Forest region of Germany, settled in New Ulm in 1856. After establishing a successful brewing company, the Schells built this home to mimic the estates they remembered from their homeland. The pines surrounding the house (not native to the New Ulm area) were brought in from northern Minnesota to assist in this recreation. The house, grounds and neighboring brewery are on the National Registry of Historic Sites. The gardens have a formal layout with a long axis. Walkways, stone walls, arbors and benches are features within this partly sunken and partly shady garden. Some of its original features have not survived. Fifty rows of wine grapes from the Rhine were removed during
Prohibition, a time when the brewery produced root beer and candy instead of their regular brews. A fountain and an aviary are gone, along with a pet crane and a pet parrot that lived in the kitchen. There are, however, still peacock families that inhabit the grounds and a small deer park is still behind the house. The fifth generation of the Schell brewing family still owns the house. It is not open to the public. The family has done little to change the grounds from their original layout and, as such, it is a living example of the gardening tastes of the 1880s. Plant materials, by today’s standards, are fairly ordinary. There are vast expanses of lilies of the valley. 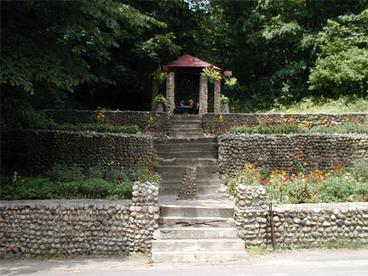 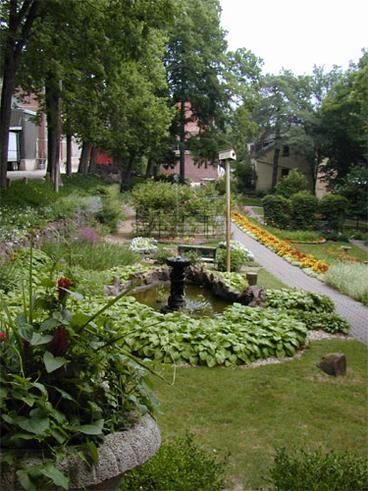 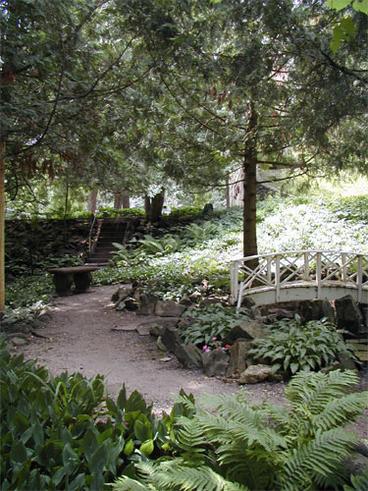 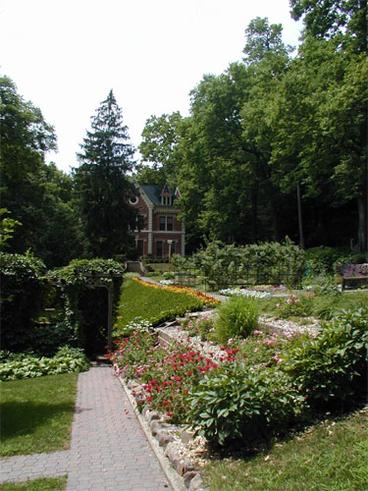 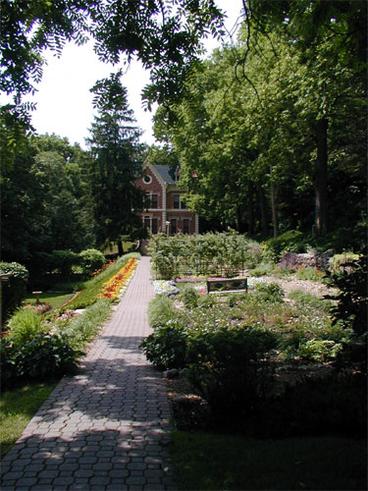